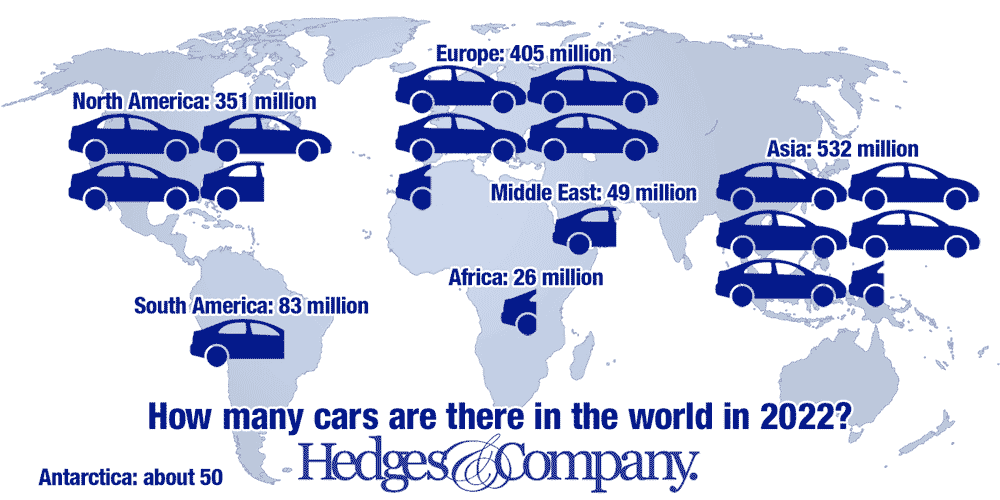 CLICK TO ENLARGE: This graphic shows how many cars there are in the world, grouping the 1.446 billion cars by world region.

Most of the cars in the world are in Asia. It has over a third of all vehicles on this planet. Many people think of North America as obsessed with cars, but North America is in third place with total vehicles, behind Europe, which has 28% of the world’s vehicles. North America only has 24%.

How many cars in the world, by world region

Here is a breakdown of vehicles per capita by world region.

Cars per capita by country

Two major countries are virtually tied for the most vehicles per capita in the world: The car-crazy United States and New Zealand. In both countries there are about 0.9 vehicles for every person.

There are 1.446 billion cars in the world in 2022. Most are in Asia, followed by Europe and North America. 19% of all vehicles are in the United States. #carindustryanalysis #automotiveindustry #autoindustry Click To Tweet On the other end of the scale are Pakistan, Vietnam, the Democratic Republic of Congo, Ghana and Kenya. The countries have 0.03 vehicles per capita, or less. 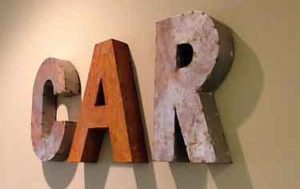 Here are the top countries for vehicles per capita and GDP per capita, revised for 2022:

There’s a lot of confusing sources of information on the internet for this type of search. There’s one web page that shows the most cars in the world per country, per capita, but totally omits the United States. If you’re citing data, just be aware of which website you use as a source. By the way, in Europe and Asia, cars per capita is called the “motorisation rate” (UK English) or “motorization rate” (American English).

A nation with more than one car per person

The only nation in the world that averages more than 1 car per person: Republic of San Marino. Click To Tweet If you want to include very small countries, then these two countries would also be on this list of cars per capita.

What about Andorra, a principality on the border between Spain and France? With a population of 77,625 and its status as a tax haven, it sometimes shows up on the list of nations with more than one car per person. We haven’t been able to verify that up to this point so we don’t have those stats. Vehicle registration data from Andorra is very difficult to get.

Countries with the least number of cars per capita 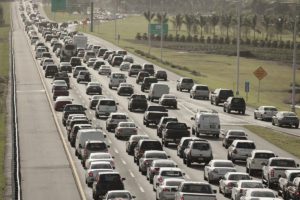 Here are the bottom countries for cars per capita and per thousand people:

We estimate there are about 0.05 vehicles per capita/50 vehicles per thousand people in Antarctica. We’re using the year-round population for that estimate.

Since Russia is in the news so much right now, Russia has 0.37 vehicles per capita/370 vehicles per thousand people (2020).

Are there more houses or cars in the world?

You can find more information on how many cars there are in the world or in specific countries here and here.