Reponse to Murat Yilmaz of PedalCommander.com

We’re disappointed Murat Yilmaz has decided to leave us a one-star review based on claims that don’t line up with facts.

The facts are well-documented in eight pages of detailed responses we put together. Additional facts are also in two reports sent to Mr. Yilmaz on December 17 and 19, 2019 after the email campaign was deployed. Mr. Yilmaz submitted a charge back claim to Cardholder Services and lost his claim because of the facts.

CLICK TO ENLARGE: Actual screen shot taken from PedalCommander.com on December 17, 2019, showing the coupon code CMS50 generated an error. This is the discount code that Pedal Commander put in their email. 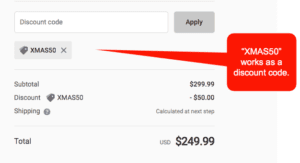 CLICK TO ENLARGE: Screen shot of PedalCommander.com website, taken on December 17, 2019, showing the coupon code XMAS50 did work. This code was on every page of the Pedal Commander website.

Fact #2: Murat Yilmaz designed an email that sent 61% of total clicks to other websites, not to Pedal Commander.


Mr. Yilmaz actually said in an email that he didn’t believe the emails were not sent. He sent an email on January 28 to us, where he said, “We are not saying…your company did not send out these emails.” (Bold added for emphasis.)

Several times we tried to get Mr. Yilmaz to show actual sales results from Google Analytics we we could all be on the same page. He sent us a screen shot of Google Analytics of total traffic for the entire month of December, which unfortunately doesn’t help to see results of an individual campaign. Next, on January 29, we then asked to see two very specific reports from Google Analytics. One report shows revenue by “source” going to Acquisition >> All Traffic >> Channels. We also asked to see revenue by “source/medium” by going to Acquisition >> All Traffic >> Source/Medium. Curiously, Mr. Yilmaz responded by sending something else instead: a screen shot showing all site traffic for December with all sources combined, as well as one day with all sources combined.

We saw that the PedalCommander.com website generated at least $7,615.39 in revenue on December 16 from channels that may be attributed to the email campaign in question. That made us very curious as to why Mr. Yilmaz would not show us any detail on this. We asked very specifically for Mr. Yilmaz to show us detail on Google Analytics reporting, over a longer period of time than just December 16. We sent an to Mr. Yilmaz email saying, “Your screen shot shows a total of $7,615.39 in revenue, from December 16, from those two channels. Could you take a look at those please?”

Curiously, Mr. Yilmaz again responded by sending something else instead: a screenshot of web traffic from Dec. 1 through Dec. 15, instead of the very specific request of Dec. 16 and later. In other words, in an attempt to complain about an email sent on December 16, he used data from December 1 through 15.