For over a decade eBay Motors has been selling automotive parts and vehicles. It launched in 2000, just after eBay moved to its newly-expanded headquarters in San Jose, California.

eBay logos through the years: The first logo for eBay, shortly after rebranding from AuctionWeb. This logo design dates to 1995.

The current eBay logo, unveiled November 2012. This logo has been in use since. The eBay Motors official site uses a variation of this logo.

Although the colorful eBay logo adorns the eBay Motors official site pages on eBay, this eBay Motors logo is mostly used for corporate identity and sponsorships not the website.

The logo for eBay had a few changes since 1995. Founder Pierre Omidyar originally started the company as AuctionWeb.   Shortly afterwards, Omidyar rebranded it as eBay. Here are the major changes to the eBay logo since 1995.

When eBay Motors was originally launched in 2000, it used the “fun” logo shown in the middle. Since its modest start, eBay Motors now sells billions of dollars in vehicles, and eBay auto parts and accessories each year. It facilitates sales to every continent on Earth. In fact, the dollar volume is so high it supports an entire cottage industry for eBay marketplace research.

This research industry supports the marketplace and vendors, and in some cases, buyers. Active or potential eBay Motors resellers actively research topics like “best selling car parts on eBay” or “most sold car parts on eBay.” 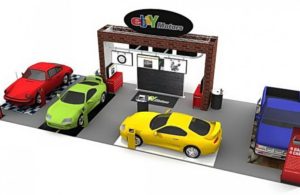 The long-running “BUILT with eBay” display appeared for over a decade at the SEMA Show in Las Vegas.

In 1999, eBay Motors first displayed at the SEMA Show. The auction platform’s connection to the aftermarket is a long one.

Long-time SEMA Show attendees may remember the “BUILT from eBay” campaign. This included a booth year year with vehicles on display at the SEMA Show. The booth promoted vehicle parts and accessories purchased on eBay. “BUILT from eBay” remains a clever marketing promotion in the show’s long history.

For more history on eBay and sales data, click on the articles below. 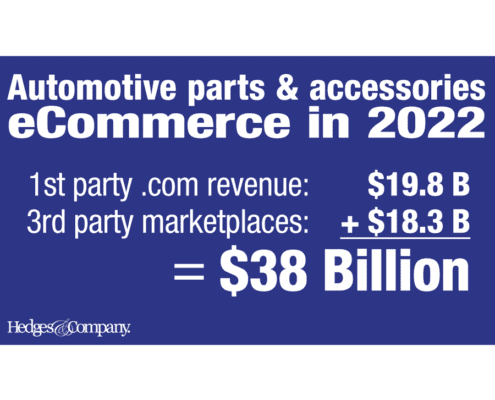 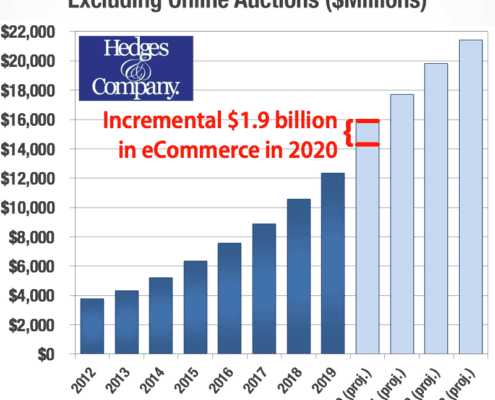 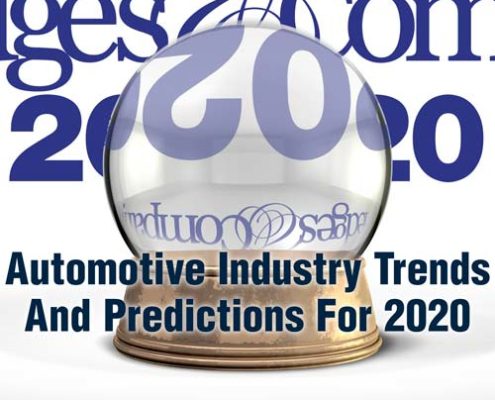 Industry experts give their predictions of automotive aftermarket industry trends for 2020. They offer their takes on video advertising, website design and speed, product data and AI. There are also predictions on 3P marketplaces including Walmart, Amazon and... 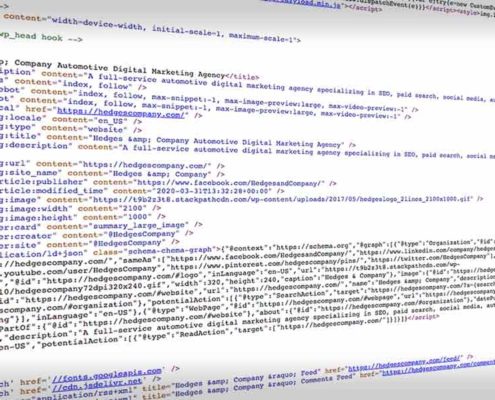 Here's the ultimate comparison of the 57 best automotive parts eCommerce platforms. Websites selling parts and accessories have a unique requirement for shoppers to easily find parts based on fitment. If you're looking for an auto parts eCommerce website builder we strongly recommend using one that understands fitment... 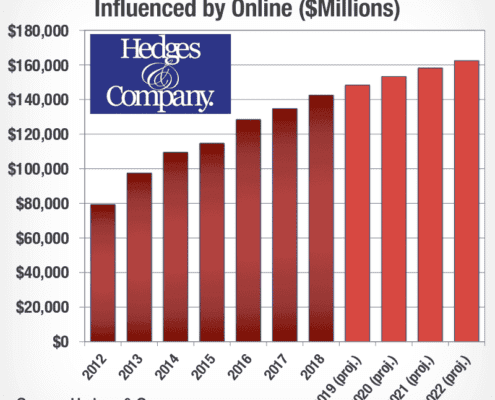 Highlights from our annual auto parts industry analysis (NOTE: this article is from January, 2019. For a more current forecast click here.)• Online auto parts market will pass $12B in 2019 in the US; Projected at $19B by 2022. • North… 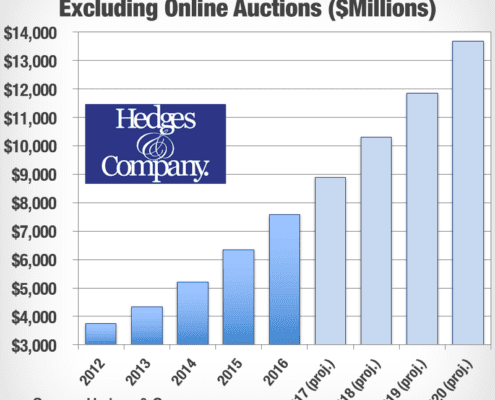 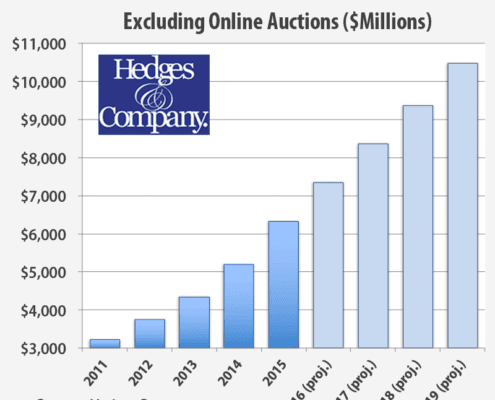 (Editor's note: this article was originally published in November 2014,  for an updated forecast, click here for a more current article.Aftermarket auto parts online continues to grow as a sales channel, and online sales will break… 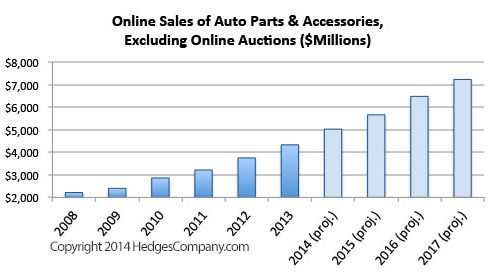 Note: this article was originally published in April 2014,  for an updated forecast, click here for a more current article.If you're marketing automotive parts online, parts and accessories once again showed a significant sales increase… 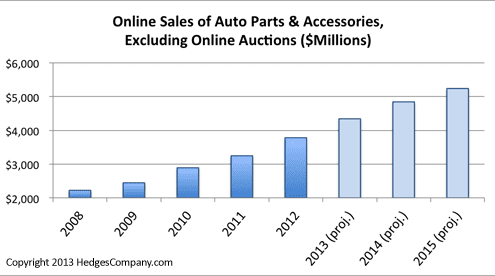 Note: this article is originally from June 2013,  for an updated forecast, click here for a more current article.Online sales of auto parts and accessories continue to significantly outpace brick and mortar sales. It's one of the…

Note: this article is originally from June 2013. For an updated forecast, click here for a more current article covering online parts sales.Online sales of auto parts and accessories continue to significantly outpace brick and mortar…

The online giant eBay is growing and evolving with both consumers and merchants in mind. It's now more than an online auction site and "the world's online marketplace." It has evolved into sales platforms and technologies, through its many subsidiaries,…
Scroll to top
Fast Quote
Paid Search
Mailing List Quote
Automotive SEO Services Quote
Website Audit
Digital Marketing Quote
Free Consultation