You are here: Home1 / Blog2 / Automotive Market Research3 / How Old Are Cars on Average?

What’s the Average Age of Cars On The Road?

We get asked from time to time how old are cars and what’s the average age of cars on the road. Let’s dig in! Scroll down to see some original analysis you won’t find anywhere else on the internet.

What’s the average age of a car? 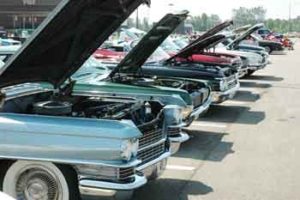 Over that entire time span the average age of cars vs. light trucks has rarely varied more than 0.1 to 0.2 years old. They track very closely and always have.

Average age of vehicles on the road and scrappage rate 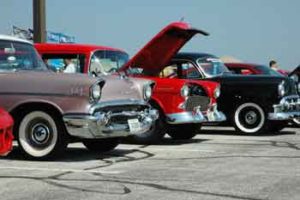 There are several factors adding to the increasing average age of cars on the road. One, in the current economic environment, is that it’s hard to get a new car! That and the price of a new car (even used cars) has really jumped in 2022.

The scrappage rate has influenced the average car age, too. Historically over the past decade or so, the annual scrappage rate for passenger cars dropped from 5.5% per year to the mid-4% range. More current scrappage has gone back up to the 5% range, even with fewer miles driven during the pandemic and rising vehicle prices. Lower sales of new vehicles makes the average car age for vehicles in operation (VIO) even older.

The annual scrappage rate for light trucks is slightly lower than for cars, dropping from about 4.5% in 2009 to the mid-3% range about ten years ago. That scrappage rate is likely to be higher today, too.

Average age of cars on the road, by year range

We looked at our database and did an analysis of vehicles on the road by year, by comparing the VIN year of the vehicle. This table shows our results.

Quick side note: The VIN year is how we track vehicles for data or mailing lists. That indicates the model year of a vehicle, not the year it was sold. It also doesn’t indicate the year it was manufactured. Those are all different things.

It’s also possible—not likely but possible—to have purchased a 2022 model year vehicle in 2021 that was manufactured in 2020. Now that we have that out of the way, back to our analysis of average age of cars on the road by year.

You’re much less likely to see the oldest cars driven around. The oldest group of vehicles, model year 1999 and older, make up just 10% of all vehicles.

How many classic cars are left?

Hedges & Company estimates there are just over 5 million vehicles, for model years 1919 through 1981, in existence. It’s difficult to say because only some of these older vehicles are left, registered and in operation. These can be seen on the road or driven in parades or at car cruises.

Some of these older vehicles that are left are not in operation all twelve months of the year. These classic cars can fall in and out of registration throughout the year.

Some classic cars are in various states of restoration, ranging from a “basket case,” or barn find, to nearly completed.

And of course, some classic cars are in museums and not operational.

We estimate that about a third of these older classic vehicles are model years 1960 through 1969. About half are 1970 through 1981 vehicles.

The smallest group of vehicles is easy to determine, it’s 1942, 1943, 1944 and 1945, when the US was embattled in World War II. During that time domestic production of civilian vehicles ground to a halt while factories poured nearly all resources into the war effort. Product ramped back up to what was considered normal beginning with the 1946 model year.

Enthusiasts are more concerned with the classic cars with more value or rarity. Hagerty estimates there are at least 350,000 1965-1966 Ford Mustangs left today.

This article is copyrighted, but hey, it’s polite to share! This content is licensed under a Creative Commons Attribution-ShareAlike 3.0 Unported License and can be distributed or quoted, with attribution given to Hedges & Company with a link to this article.

Note to the content folks at Statista: No, you may not copy this data and post it on your site behind a paywall.