Comparing that to the rest of the country, the median household income in the United States in 2020 was $67,521. 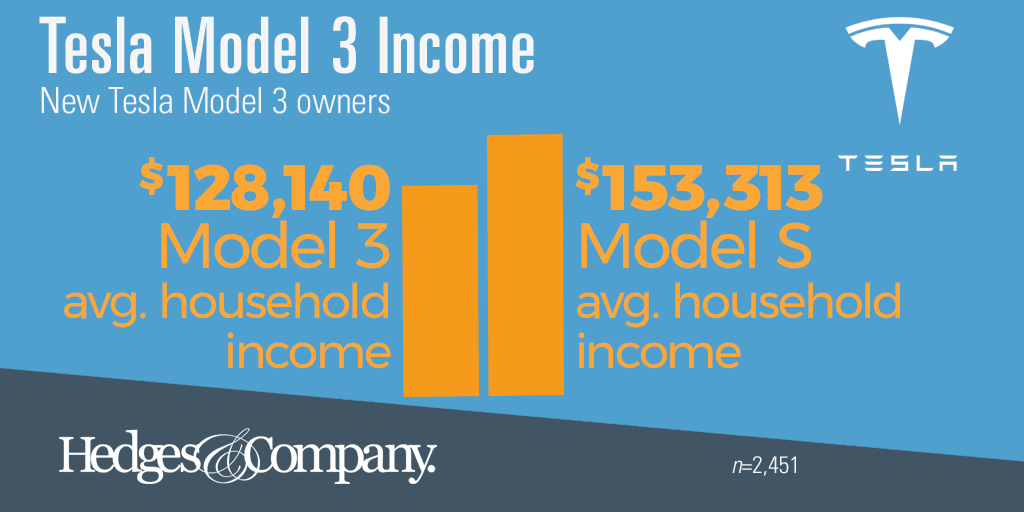 Most Tesla owners live in California. That’s where the income is higher than average. For a look at the distribution of the Tesla Model 3 by state, see below. The margin of error is +/-2.5%.

Most Tesla Model 3 owners are in California by a wide margin. It’s pretty obvious on the map, it’s the only state in the darkest shade of green. 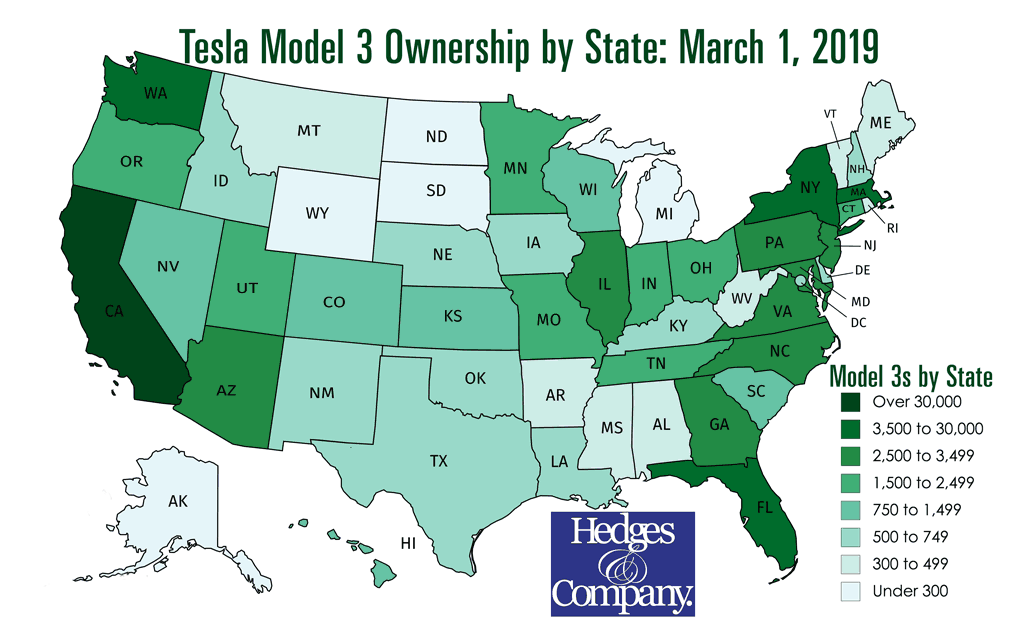 The rest of the Top 10 states for Tesla Model 3 owners are Washington at number two.

The state with the least amount of Tesla Model 3 registrations is Michigan. It is preceded by Alaska, North Dakota, Wyoming and South Dakota.

At first glance, the Model 3 doesn’t look as popular in the colder states. On the other hand, Wisconsin and Minnesota are right in the middle for popularity.

55% of Tesla Model 3 owners live in the wealthiest 10% of ZIP codes in the United States. 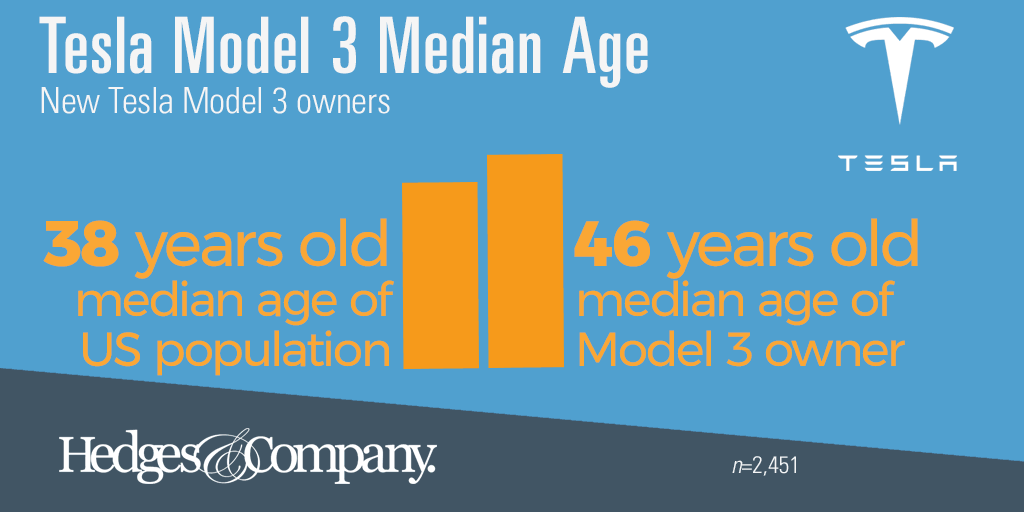 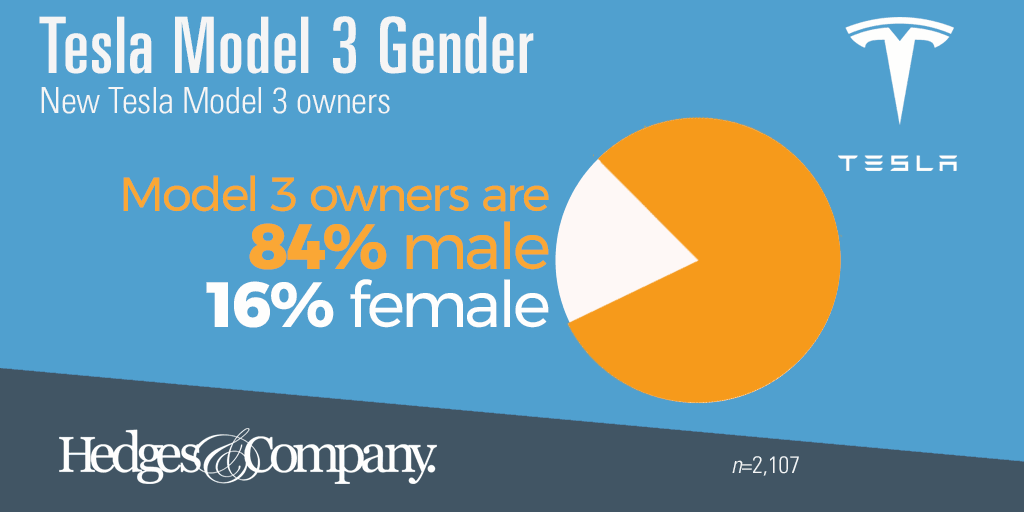 Next, we looked at the gender of current Tesla Model 3 owners.

Owners of the Model 3 are overwhelmingly male. Women only own 16% of Model 3s and men own 84%. 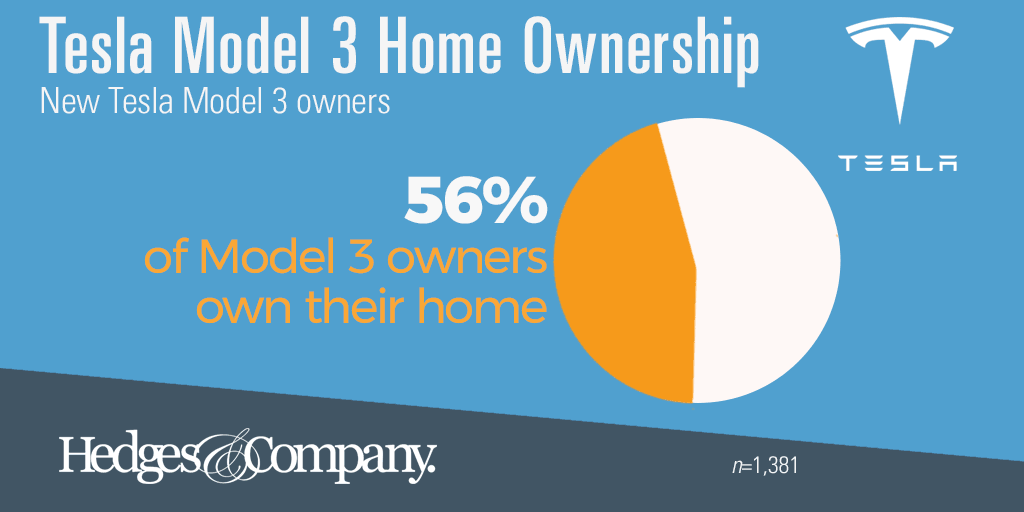 This stat surprised us.

Only 56% of current Tesla Model 3 owners own their own home. That’s significantly lower than owners of Model S or X.

The percentage of Americans who own their own home has ranged between about 64% to 67% in recent years. Tesla Model 3 owners are less likely to own their home than the general population.

Remember, the vast majority of Tesla Model 3s are found in California. In some California communities, renters outnumber home owners. That can skew the results for the entire country.

This data comes from the master vehicle owner database of 175+ million car and truck owners, which includes large amounts of consumer-level data. This is then added onto vehicle records. This provides a high level of accuracy when we analyze demographic data. It avoids survey errors from self-reported data or other types of “sampling errors.” Most of the statistics cited on this analysis have a margin of error of +/-2.5% at a 95% confidence level.

This article is copyrighted, but it’s polite to share! This content is licensed under a Creative Commons Attribution-ShareAlike 3.0 Unported License and can be distributed or quoted, with attribution and a link given to Hedges & Company.

Read about the Tesla Cybertruck in our article on the most popular trucks in America, click here.