We dug into our database of vehicle owners to pull new BMW owner demographics and find out just who drives a BMW. Let’s jump right in to the demographics!

Note that these are nationwide averages. Geography matters when comparing vehicle ownership and “average household income.” Recently, Kantar Media TGI did research on luxury car owners for the New York Times. They found the average income for a luxury car owner was about $100,000, but that average ranged from $83,891 to $155,548, by state! 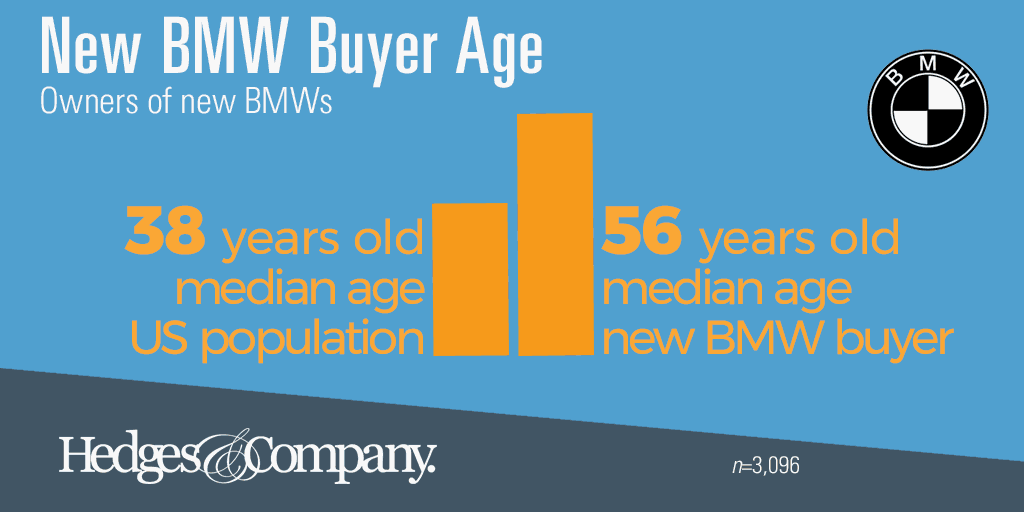 Who drives a BMW? Older people! Buyers of new BMWs tend to be older than the general population.

Note that this shows who the vehicle is registered to, not necessarily the primary driver of the vehicle. Our data on the age of a BMW owner is pulled from a total universe of just over 3,000 new BMW owners. This data has a margin of error of +/-2.5%. 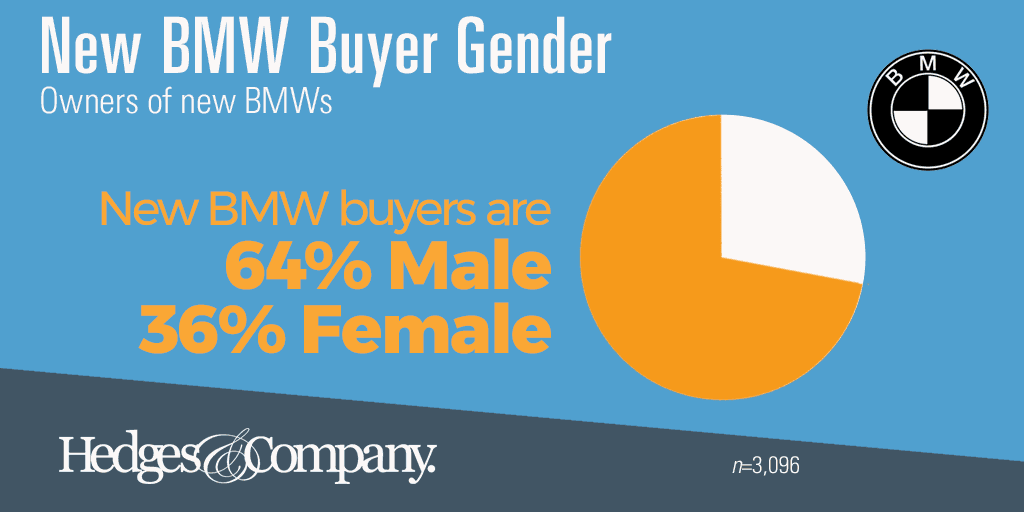 We also looked at the gender of new BMW buyers.

New BMW owners tend to skew towards males, at least in terms of who the vehicle is registered to.

Our data shows that 64% of new BMW buyers are male, compared to 36% female. We found very little variation in the mix of male to female buyers across the different new BMW models.

Next, we wanted to drill down to a body style that tends to skew higher for female buyers, the BMW SUV (or, as BMW tries to call them, the “Sports Activity Vehicle®”). For 2020 model years this is the BMW X-Series, from the X1 up to the X7. 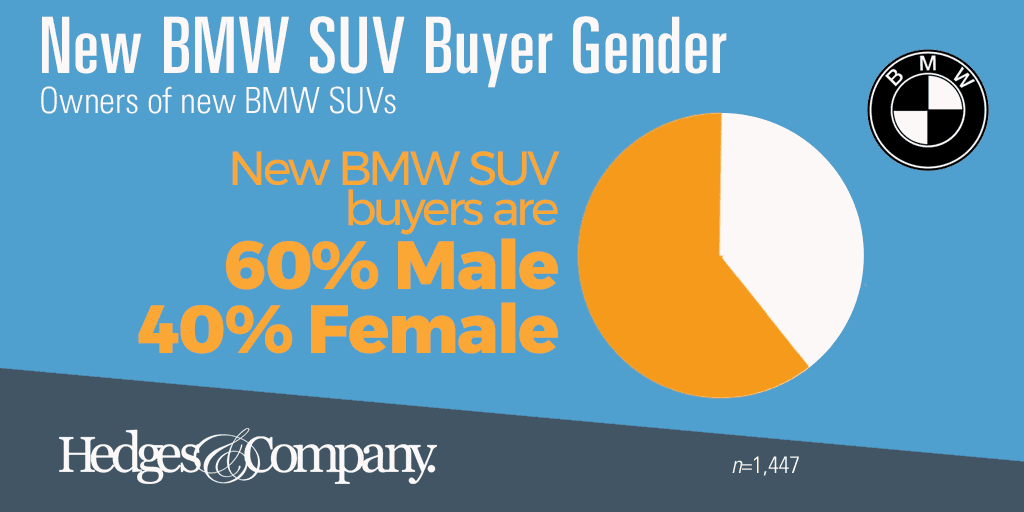 The male/female ratio changes only very little when we look at buyers of new BMW X-Series SUVs. These models range in price from the X1 on the low end (current MSRP $34,950 for a 2020 model) up to the top-of-the-line X7 (starting MSRP $73,900 for a 2020 model). The X7 is also the largest SUV that BMW has ever produced. 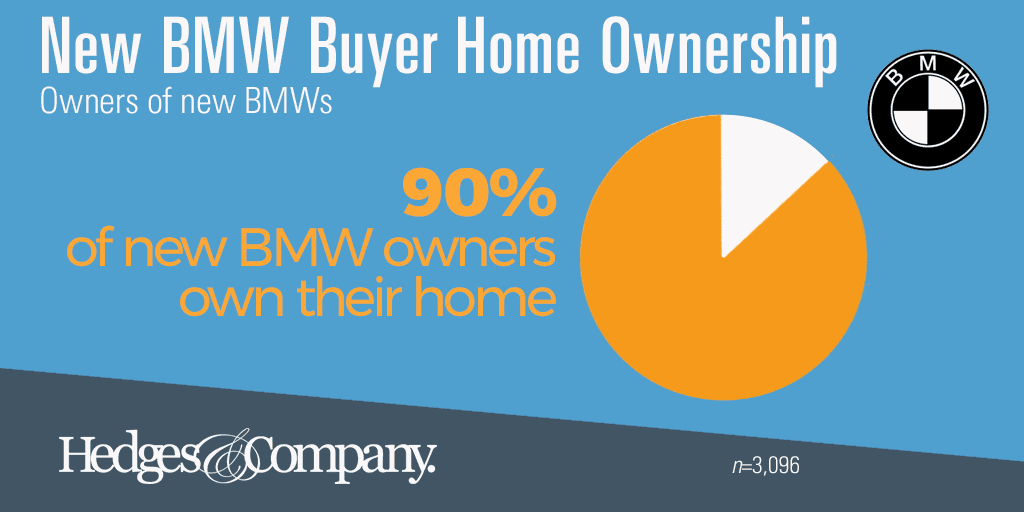 Since BMW owners have a high household income and have an older average age, it’s probably not a huge surprise there’s a high incidence of home ownership.

90% of new BMW buyers own their own home. The remainder rent their home.

To compare this statistic to the US population, the percentage of Americans who own their own home ranges between 64% to 67%. That puts new BMW buyers 23 to 26 points higher for home ownership than the average American.

Who drives a BMW? New BMW buyers apparently don’t have a lot of kids at home.

Methodology used in the demographic analysis

This data covers owners of new BMW models. The underlying data comes from the master vehicle owner database of 175+ million vehicle owners. This includes large amounts of consumer-level household data, which is linked to vehicle ownership data. This approach to market research gives us a great deal of accuracy when we pull and analyze demographic data because it eliminates survey errors from self-reported data or other types of survey “sampling errors.”

Most of the statistics cited on this analysis have a margin of error of +/-2.5% at a 95% confidence level.

Do you need to reach BMW owners for your auto dealership or auto service business with a postal mailing list? We can help you with that, just give our office a call or click on this button below to fill out a simple form.