Most popular vehicle by state 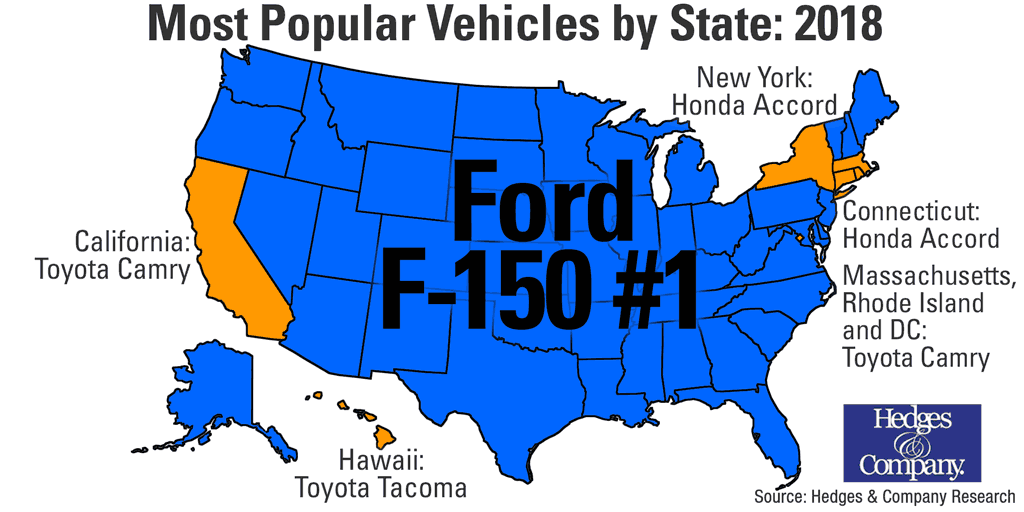 The most popular vehicle in each state is a runaway victory for the Ford F-150.

It may surprise you that in every state except for six plus the District of Columbia the most popular vehicle in the US is the best-selling Ford F-150 pickup truck.

For the rest of the states it is either the Toyota Camry (California, Massachusetts, Rhode Island and D.C.), the Honda Accord (New York and Connecticut) or the Toyota Tacoma pickup truck (Hawaii).

That’s a lot of hauling. 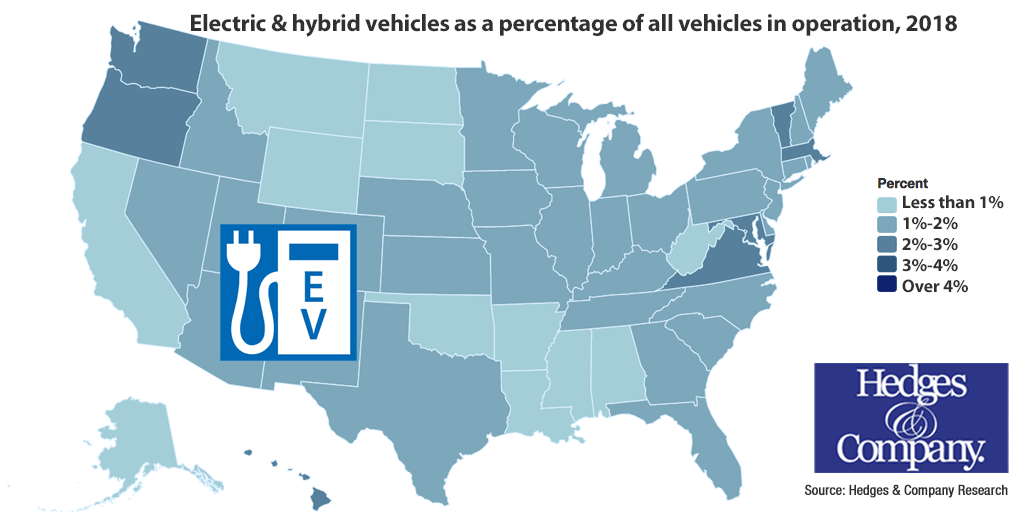 The highest percentages were on both coasts, in Washington and Oregon (surprisingly not California) on the west coast, and Vermont, Massachusetts, Virginia and Maryland on the east coast. You can’t see the District of Columbia on this map but the percentage for D.C. is actually the highest in the country so if you could see it, it would be dark blue.

Hawaii is also one of the highest percentage states for hybrids and EVs. 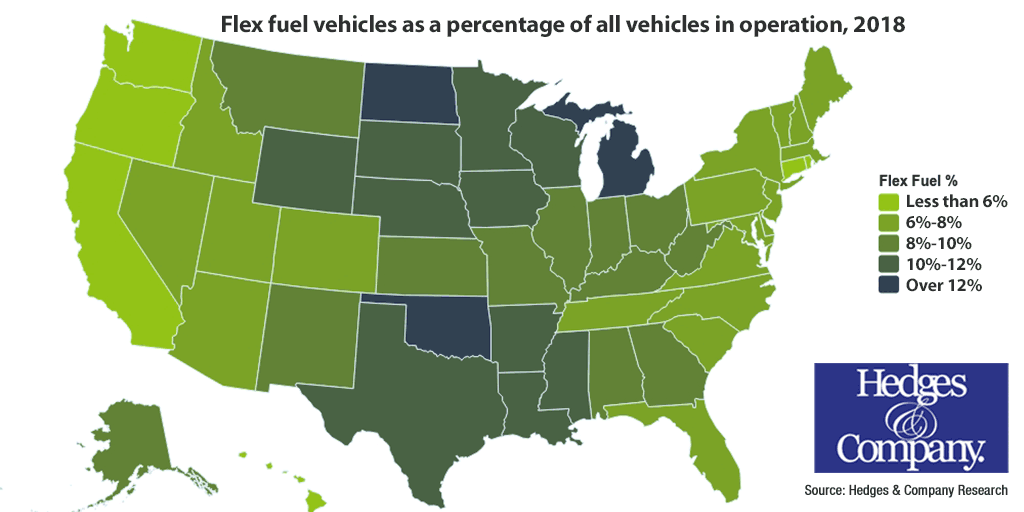 Still, flex fuel accounts for a significant portion of vehicles on the road.

This is especially true in the Midwest where the corn used to make flex fuel and ethanol is grown.