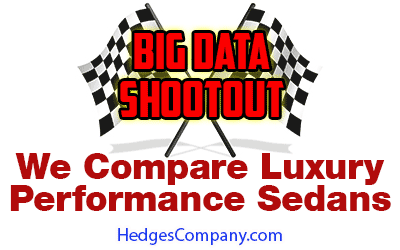 For our latest Vehicles in Operation (VIO) Big Data Shootout we put seven Euro and American premium performance sedans to the test: the Audi RS 7, BMW M5, Cadillac CTS-V, Chevrolet SS, Dodge Charger SRT Hellcat, and the Mercedes-Benz AMG E63 and S63. All of our contestants have powerful V8 engines, four doors and lots of soft, cushy leather inside.

We wanted to see which car had the most total Vehicles in Operation (VIO) as well as the biggest increase or decrease for the first half of 2016 vs. 2015. We also pulled in some vehicle owner demographics data along the way.

This kind of information should be useful to members of the Auto Care Association, MEMA, SEMA or AASA in the performance parts business. 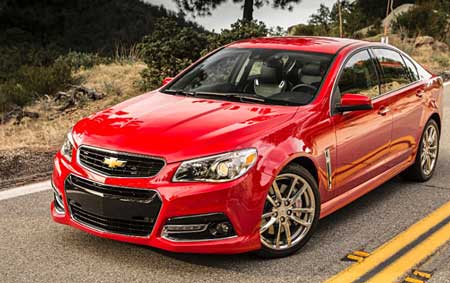 The 2016 Chevy SS V8 sedan came in first in our Big Data Shootout, with more Vehicles in Operation (VIO) than the other contestants. Photo courtesy GM, copyright 2016 General Motors Corporation.

The Chevy SS sedan (shown at right), Chevy’s first rear-wheel drive performance sedan since the Impala SS ended production in 1996, came in first place with total Vehicles in Operation (VIO). There are more new 2016 Chevy SS sedans on the road than the other contestants in our Big Data Shootout. In terms of growth from the first half of 2015 the Chevy SS notches a respectable 11% increase, placing it third overall for growth. Powered with an LS3 6.2L small-block V8, this sedan puts out 415 hp and 415 lb-ft of torque and will go from 0 to 60 in just 4.7 seconds. If you like performance mid-size cars and good value, the 2016 SS is quite reasonable with a starting MSRP of $46,575.

The Hellcat, with its amazing supercharged 707-HP 6.2L V8 engine, came in second place for total performance sedan registrations. The Hellcat’s powerful engine, capable of 707 hp, must be helping it catch up because it also came in second for overall VIO growth, doubling its VIO registrations from the first half of 2015. Like the Chevy SS, this Dodge runs on gasoline and testosterone, with males making up about 70% of all owners. 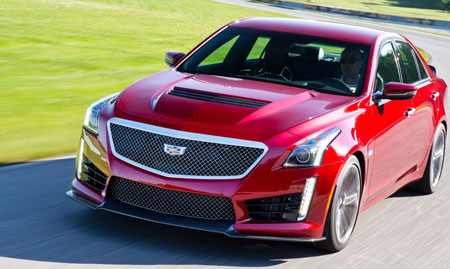 The powerful Cadillac CTS-V (shown at left) has about half as many vehicles on the road as the Chevy SS. The CTS-V is a little tougher to compare for growth in our Big Data Shootout because the 2016 is the new third generation CTS-V, and the second generation sedan was phased out with the 2014 model year. That data aberration gives the 2016 model a big boost when comparing growth, because it came in first overall with an over 900% growth rate from 2015.

Although the focus of this Big Data Shootout was performance sedans, the CTS-V is available in a 2-door coupe and wagon, and boasts 640 horsepower, 630 lb-ft of torque and a top speed of 200 mph thanks to the supercharged 6.2L V8 engine.

If this article was a real comparison of speed and handling we would have separated the E63 and S63, but we combined the two to give them a fighting chance to have a decent result in our big data shootout. The combined count of VIO for these powerful AMG V8 sedans put them solidly in fourth place. These strong Euro performance sedans are not showing strong year over year growth, however, notching a big decrease in total new vehicle registrations for the first half of the year, putting them in last place for growth. In fact, registrations for these sedans are almost half of what they were in the first half of 2015.

The E63 has a 5.5L twin-turbo V8 engine putting out 577-hp, 664 lb-ft of torque, and is available in a wagon version if you need to haul the kids and groceries around. The S63, starting at only $143,250 MSRP, has the same engine but also comes in a two-door cabriolet version, excluded from our Shootout.

Although the RS 7 came in last for total VIO, it is showing some sales resilience when compared to the M5 and E63/S63, and came in fourth when compared to 2015. Registration numbers for the RS 7 dipped single digits from last year, a much more respectable showing than its German brethren.