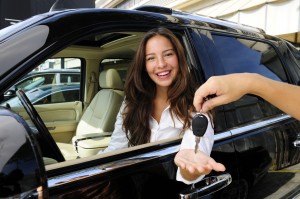 The US automotive industry has always played a large part in the economy, and the same industry that once needed a taxpayer bailout to stay alive may be the one to stave off another recession. Over the past two years, Ford Motor Co., General Motors Corp., Chrysler Group and other auto companies have added 90,000 manufacturing jobs—a 14% increase—according to federal employment data.

New vehicle sales in August neared 1.3 million, according to Autodata Corp. This is the highest monthly sales figure since August 2007. After this surge in vehicle sales, analysts announced that they expect the industry will continue selling at a pace of more than 14 million vehicles for all of 2012. This would top last year’s sales by 1.5 million units.

After August’s remarkable jump in sales, September followed suit as Americans continued to purchase new automobiles. Total US sales rose 13% from last September with a total of 1,188,865 new vehicles sold, with a YTD increase of 15%. Analysts estimate that industry sales could hit 14.3 million units.

This is excellent news for the automotive industry as well as the US economy. With 1.7 million factory, supplier and dealer workers supporting another 6.3 million private-sector jobs it is a good sign to see the industry doing well again.

What do you think about the automotive industry making a potential comeback? Will it continue?

Check in tomorrow for a look at where consumers find information on engine parts.