The fourth generation Ford Mustang, also known as “SN-95,” included styling from previous Mustangs and came with a 3.8 liter overhead valve V6 engine or a 4.6 liter single overhead camshaft V8. This generation included three alternate models: the 2001 Bullitt, the 2003 and 2004 Mach 1, and the 2003 and 2004 Cobra. 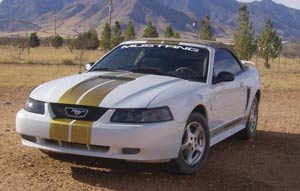 Check back in tomorrow for How enthusiast customers perceive price.