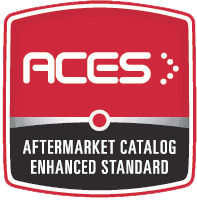 Note: for more information on PIES data and how it affects auto parts SEO read this more recent article.

This 6 to 7.5 million number includes what you might think of as the “SEMA market” as well as the “Auto Care Association (formerly AAIA) market.” Filter the 8 million part numbers down to just the specialty parts and accessories aftermarket and it drops to between 2 and 3 million part numbers, although there will always be some gray area separating a “specialty part” from a “replacement part.” For example, when does a spark plug cross over from an OEM replacement to a performance product? Lots of gray area…

About 50% of those 2 to 3 million parts fit one or more specific year, make or model vehicle application and in some cases they fit a specific submodel, engine or transmission. The other 50% are universal-fit parts for nearly anything like valve stem caps, or parts that fit nothing like tools or car wax.

Ever wonder how many different combinations of year/make/model vehicles there are? For that answer we turn to the industry’s two main sources of application fitment data: the trade association Auto Care Association (formerly AAIA) of Bethesda, Maryland and Direct Communications, Inc. (DCi) of Des Moines, Iowa.

The Auto Care Association’s vehicle table, referred to as VCdb for “Vehicle Configuration Database,” contains nearly 60,000 specific combinations of year/make/model cars and trucks including attributes and configurations that go back to 1896. The Parts Configuration database (PCdb) is also included in the ACES standard, and defines a standard list of part types and categories, such as “spark plug” for example.

DCi manages a few more vehicles for the specialty parts industry at about 72,000, including vehicles back to 1917 plus motorcycles and ATVs. In general, an application-specific part will fit an average of almost 60 different year/make/submodel combinations. 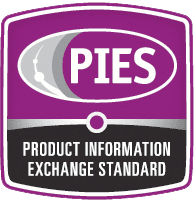 Here’s a tip if you’re confused about ACES vs. PIES data standards:

And if you ever get confused with the PIES and ACES data standards, here’s a mental short cut DCi showed us: A PIES file—begins with “P“—is a list of Part numbers and Prices, like a typical jobber price sheet (from the “old days,” printed on yellow or green paper). An ACES file—begins with “A“—is a list of Applications, like a manufacturer’s application guide showing what fits different years/makes/models. Those shortcuts of course, have nothing to do with the real meanings or names, which are Product Information Exchange Standard (PIES) and Aftermarket Catalog Enhanced Standard (ACES).

What about a universal auto parts fitment database? Or can someone buy an ACES and PIES database?

We see questions fairly often from people looking for an “automotive parts fitment database” or an “ACES and PIES database.” The data companies listed above manage parts databases by brand/manufacturer for their clients, so there are many, many individual databases in the industry, created to be compliant with the ACES and PIES standards. If someone is searching for one, comprehensive, universal database containing all the industry’s part numbers, it just doesn’t exist.

For more information: article on ACES and PIES data on AutomotiveAftermarket.org.